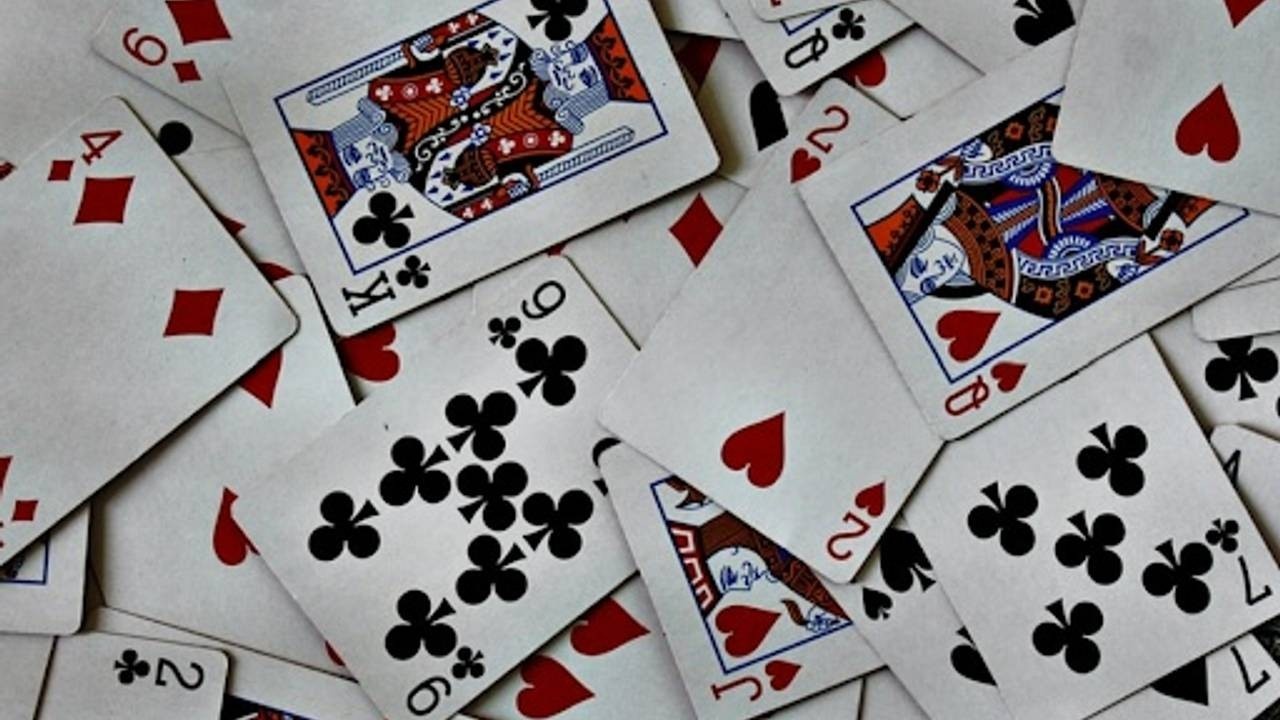 Card Games to Learn and Practice Math Skills for K-12

Ask a group of 100 kids, age 5-17 this question: Would you rather play a game or do math?
You know what the vast majority will say. GAME!!

It just makes sense. The best way to make math fun, easy, engaging, and accessible to all learners is to put the math into a game, and cards are a perfect way to deal out some math fun. Cards are easily accessible and highly versatile. It’s easy to practice many math skills at different levels by modifying familiar card games when you include the following basics.

Suits
Each suit can represent a different variable.

Now Let’s Turn the familiar game of “I Declare War” and turn it into a math game of “I Love Math.”

Children play using the same rules as “I Declare War” to practice comparing numbers. When they both draw a card with the same value, they put down three cards one by one as they say, “I love math.” Then they put down a fourth card face up and the winner is the player with the highest number. They claim all the cards played in that round.

Children play as I Declare War, but draw two cards and multiply. The highest product wins the round. More advanced version is to draw three cards and arrange them as a two digit by one digit multiplication, addition, division, or subtraction problem. Four or five cards make it even more interesting and challenging. By allowing the players to arrange the cards anyway they want to, and even choose the operation, they gain the opportunity to think more strategically

Children play as I Declare War, but red cards are negative and black cards are positive. This is a great way for them to practice and reason why negative red 3 wins over negative red 4. (A common misconception and point of struggle for many students!) Students can also practice operations with integers by drawing two cards to add, subtract, or multiply. Division doesn’t really apply well to this game.

Players play as I Declare War, but the suits become variables. For example, a 9 of diamonds becomes 9d. You have to agree upon a value for each “variable” before the game begins.
To make the game more challenging, you can make the red cards negative and the black cards positive. Then the players select two, three, or four cards. You can also introduce rules such as clubs must be raised to the second power, or if you draw two cards of the same suit they must be added together and then multiplied by the third card.

As you can see there are many ways to take a familiar card game and apply it to many different math skills across all grade levels. This was just one game!!

To find more games with cards and dice sign up now for the COVID 19 MATH HELP FOR PARENTS GUIDEBOOK and You’ll also get access to MAKE MATH FUN WITH GAMES YOU CAN PLAY AT HOME OR SCHOOL.

CLICK HERE for the Parent Guide Book, scroll down to the bottom of the page
and the Make Math Fun With Games!!

Sign up to receive monthly blog posts. Let us know what topics you want to talk about, too!

You're safe with me. I'll never spam you or sell your contact info.

Enter your details below to join the challenge.